Bigg Boss Tamil is the one of the Indian most popular Tamil-language reality TV program Bigg Boss. This reality show reflects the Big Brother format that is produced by Endemol in the Netherlands. Almost three years, Bigg Boss Tamil has rolled out three seasons. The third season is currently airing on Star Vijay from 23 June 2019 with Kamal Hassan as the host. The Bigg Boss Tamil that reality show host by Kamal Haasan of the third season and appeared in seasons 1, 2 and 3, which aired over Star Vijay as well as those hidden clips from the episode which are available on the mobile app Hotstar.

Bigg Boss Tamil Season 2 was the reality TV game show, which hosted by Kamal Haasan. That season had 17 housemates (inclusive from wildcard entries) by 60 cameras. The season began on 17 June 2018 & ended on 30 September 2018 following 105 days. The show aired on Star Vijay from 9-10:30 PM on weekdays and 9-11 PM on weekends. Bigg Boss Tamil Season 2, Hotstar also provided content not aired on TV, regular segments such as Morning Masala, Midnight Masala, Unseen on TV & What’s Cooking also a parallel weekly show Fun Unlimited hosted by actor Rio Raj, which described the events in the Bigg Boss house in a humorous manner.

The winner of the 2nd Bigg Boss Tamil Season was character actress Riythvika, who got home a trophy plus a cash prize of ₹ 50 lakhs as her victory.

Bigg Boss Tamil Season 2 Contestant lists include people from every walk of life. There are actors, models, philanthropists, political figures and social workers present in Big Boss Tamil House. Riythvika who has started her entertainment industry career in 2014 had gone onto win the Bigg Boss Tamil 2 Title.

Step 1: You need to be signed in from your Google account to cast your vote.

Step 2: Go to the Google search page and type “Bigg Boss Tamil Vote.” If you are facing any problem with it, then Click Here.

Step 3: A list of candidates who are currently in the danger zone for the week are displayed on the screen.

Step 4: Now, you can click on your favorite participant and cast your vote. The voting bar is adjacent to the image of the contestant.

Step 5: That’s all, click on the “Continue” option and you are done.

Mamathi ChariAfter completion of her studies, Mamathi started her career as a Television presenter at Vijay TV in 1993. She worked in Television and radio channels such as Vijay TV, Raj TV, and 92. 7 Big FM from 1993 to 2010. She has hosted the most popular show “Big Vanakkam” and “Big Alarm” on 92.7 Big FM. She has played a negative role in the Television serial Vani Rani. She has also worked in a serial titled “Jillunu Oru Jodi.”She has hosted a Television show titled “Jillunu Oru Challenge,” in which participants had to furnish an empty room. After her marriage, she took a long gap from the entertainment industry and tried her luck in business. She is the founder of Earth Calling (a real estate company) and Studio Rae (an advertising and branding company). She has also been the director of Catalyst Properties Pvt Ltd (a real estate company) from 2008 to 2014. She always aspired to be a superstar and for the same, her colleagues tagged her “Lady Rajnikanth.”She joined the Bigg Boss Tamil Season 2 in 2018.

Riythvika is mainly working for Tamil Film Industry. She was fascinated by acting since her childhood and used to act on scenes & dialogues and dance in front of the mirror. While studying in college, she acted in many short films and she used to send her portfolios to the film directors for entry into the film industry. After a small time of struggle, she received the role of ‘Karuthakanni’ in the film ‘Paradesi’ (2013). She has performed in many films like ‘Ninaithathu Yaaro’, ‘Madras’, ‘Azhagu Kutti Chellam’, ‘Anjala’, ‘Oru Naal Koothu’, ‘Iru Mugan’, ‘Sigai’, etc. In 2014, her performance in the movie ‘Madras’ was critically acclaimed by the viewers. During 2018, she was one of the candidates in the house of ‘Bigg Boss Tamil Season 2’.

Does Yashika Aannand smoke?: No
Does Yashika Aannand drink alcohol?: Not Known
Yashika required to be either a pilot or an air hostess, but she switched her mind & entered the modeling world.
She is a fashion enthusiast since her childhood. She began modeling when she was analyzing in the 7th grade. She started her acting career with advertisements and video songs. She too worked in a few films, however because of some issues, the films could not release in the theatres. Finally, she made her debut with the film Dhuruvangal Pathinaaru during 2016. She was given the Best Debut Actress in 2017 for the movie Dhuruvangal Pathinaaru. She has visited several schools & colleges fests being a chief guest all over the Tamil Nadu. 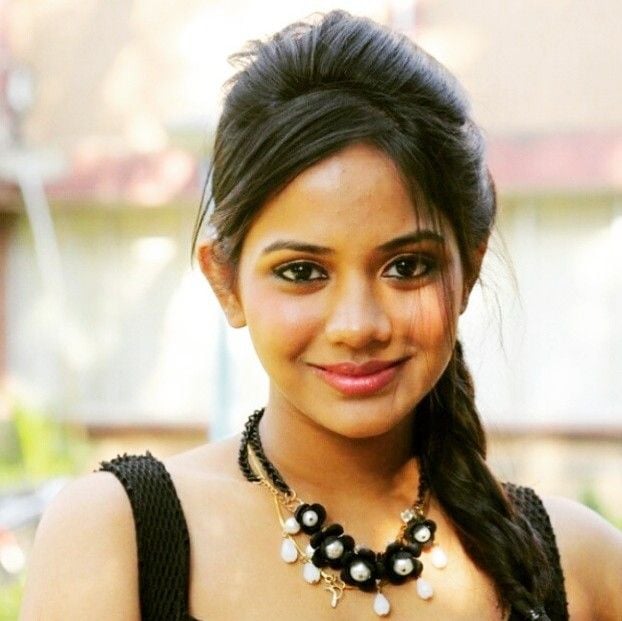 Does Aishwarya Dutta smoke?: Not Known
Does Aishwarya Dutta drink alcohol?: Not Known
Aishwarya was born into a middle-class Bengali family. She started her acting career in 2009 by playing the role of “Sameera” in the Bengali short film ‘Bouma.’ Her breakthrough came in Nakul, Dinesh, and Bindu Madhavi starring Tamil film ‘Tamizhuku En Ondrai Azhuthavum’ (2015), where she played the role of “Harini.”She made her guest appearance in the Tamil film ‘Achaaram’ (2015). She too received the lead role in the Tamil cinema ‘Aruthapathi’,’ opposite Vidharth, but the cinema got shelved. During 2018, she participated in ‘Bigg Boss Tamil 2.

Does Mumtaj smoke?: Not Known
Does Mumtaj drink alcohol?: Not Known
Mumtaj is an Indian heroine who prominently works in Tamil, Telugu, Kannada and also Malayalam films. She began her acting career in 1999.‘Monisha’ was her screen name, which she got from her debut movie ‘Monisha En Monalisa’, which was later changed to ‘Mumtaj’ and she became popular with both the names. She earned popularity by usually performing on item songs in South Indian movies.

Does Janani Iyer smoke?: Not Known
Does Janani Iyer drink alcohol?: Not Known
Janani Iyer mainly works for the Tamil and Malayalam Film Industry.She wanted to become an actress since the age of 4.While she was studying in college, she started her career as a model. She debuted as a lead actress in the Tamil movie ‘Avan Ivan’ (2011) in which her performance as a ‘Constable Baby’ was critically acclaimed by the viewers.She has appeared in many Tamil & Malayalam films like ‘Pagan’, ‘3 Dots’, ‘Thegidi’, ‘Koothara’, ‘Ithu Thanda Police’, ‘Adhe Kangal’, or many more. In 2018, she was the participant in the reality show ‘Bigg Boss Tamil 2’.

Does Thadi Balaji smoke?: Not Known
Does Thadi Balaji drink alcohol?: Yes
He is a South Indian actor, comedian, & television anchor who is primarily known for his performances in television serials and shows such as Mayavi Marichal and Kalakkapovathu Yaaru.He started his acting career with a few minor roles in the Tamil movies. He was critically acclaimed for his performance in this serial.He also participated with his ex-wife Nithya Balaji as a pair on the Television show Jodi No. 1.He often appears either as an anchor or a judge in Television shows broadcast on Vijay TV. He and his ex-wife Nithya Balaji both joined the Bigg Boss Tamil Season 2 in 2018.

Does Daniel Annie Pope smoke?: Not Known
Does Daniel Annie Pope drink alcohol?: Yes
Daniel Annie Pope doing chiefly works in the Tamil movie Industry. During his college days, he used to did a lot of theatres and participates in mimicry competitions. Before entering the film industry, he worked as a theatre artist and used to teach mimes in schools. He is more popular from his screen name ‘Rambo Sumar Munji Kumaru’.He started his acting career in 2007 as a background actor; playing minor supporting roles in the movies. He has appeared in many Tamil movies like ‘Paiyaa’, ‘Rowthiram’, ‘Rangoon’, ‘Thiri’, ‘Oru Nalla Naal Paathu Solren’, and many more. He has also worked as a creative program producer for ‘Thanthi TV’.In 2018, he participated in the reality show ‘Bigg Boss Tamil 2’.

Does Ponnambalam smoke?: Not Known
Does Ponnambalam drink alcohol?: Not Known
He was a sportsman when he was young. He started his career as an extra fighter, and he made his acting debut as a stuntman in a film in 1988. He received following with the film Walter Vetrivel in which he played the role of a villain named Kabali. He predominantly runs in Tamil movies as a helping actor. He has worked in more than a thousand films in Tamil, Telugu, Kannada, Malayalam, and Hindi languages. He entered the Season 2 Bigg Boss Tamil in 2018.

Does Mahat Raghavendra smoke?: Not Known
Does Mahat Raghavendra drink alcohol?: Yes
Mahat Raghavendra learned acting skills with Silambarasan who cast Raghavendra for a small role in his debut movie ‘Vallavan’.He has performed in many films like ‘Kaalai’, ‘Backbench Student’, ‘Biriyani’, ‘Vadacurry’, ‘Ladies and also Gentlemen’, ‘Run’, ‘Chennai 600028 II’, etc. In 2011, his performance of ‘Mahat’ in the film ‘Mankatha’ was critically acclaimed by the viewers and later, he got popularity from his screen name ‘Mahat’.In 2018, he participated in the reality show ‘Bigg Boss Tamil 2’.

Does Sendrayan smoke?: Yes
Does Sendrayan drink alcohol?: Yes
Sendrayan was born and raised in a conservative family. During his struggle-days, he did not have enough money to travel. Before entering the film industry, he struggled for 15 years. He usually plays comedy and negative roles in his movies. He came into the limelight in 2013 after he worked in the movie ‘Moodar Koodam’.In 2018, he participated in the reality show ‘Bigg Boss Tamil 2’.

Does Ananth Vaidyanathan smoke?: Not Known
Does Ananth Vaidyanathan drink alcohol?: Not Known
He was aspired to become a musician since his childhood. He completed his schooling from Jamshedpur, Jharkhand and graduated in Business Management from Xavier School of Management, Jamshedpur and Loyola College, Chennai. He won several music shows and music competitions and established himself as one of the popular musicians in the Indian music industry. In 1981, He lost grip in his voice because of some errors in learning. He entered the Season 2 Bigg Boss Tamil in 2018.

Does Ramya NSK smoke?: Not Known
Does Ramya NSK drink alcohol?: Not Known
Ramya NSK is a playback singer who can sing in Tamil, Telugu, Kannada, Malayalam and English languages.
She is the granddaughter of famous comedian N. S. Krishnan (popularly known as ‘Kalaivanar’) and actress-singer T. A. Mathuram. Her maternal grandfather K. R. Ramasamy was also a prominent Tamil actor and comedian. After completing her degree, she started working as a music manager in the Radio City (FM channel in Chennai) for 5 years. She spent 16 years of her experience in reading music. She is trained in Carnatic, Contemporary and Western music. She was a member of Emmanuel Methodist Church Choir for over eight years.

Does RJ Vaishnavi smoke?: Yes
Does RJ Vaishnavi drink alcohol?: Yes
RJ Vaishnavi belongs to a media-oriented family. Her grandfather, Viswanathan was a journalist at Saavi magazine. She is active as a radio jockey in 104.8 FM in Chennai. In an interview, she disclosed that she was raped by a stranger when she was only 12 years old and had not even a general understanding of sex. She is an active social media user. In 2016, she revealed the story of a guy on Twitter with whom she was planning to go on a date through Tinder (online dating site). She joined the Bigg Boss Tamil Season 2 in 2018.

Does Nithya Balaji smoke?: Not Known
Does Nithya Balaji drink alcohol?: Not Known
Nithya Balaji is one of the participants along with her partner Thadi Balaji in the ‘Bigg Boss Tamil 2’.Originally, Nithya’s family was against her marriage because Balaji had already married and got divorced. After marriage, she started going college for studying MBA, but Balaji objected her to attend college. She has joined the TV show ‘Jodi No 1 Season 9’ on Vijay television, with her husband.

Bigg Boss Tamil 2 Winner was Riythvika who is an actress by profession. She had started her acting career in 2014 with her debut in Madras. Then she had also done roles in movies like Kabali and Iru Mugan. Riythvika has been featuring in Tamil and Telugu language movies.